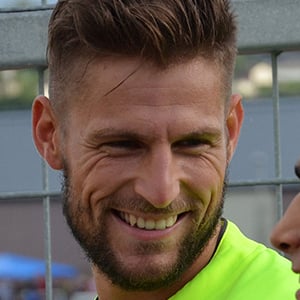 Goalkeeper who had stints with clubs like SM Caen, Stade Rennais FC and FC Girondins de Bordeaux . He has competed internationally for France in tournaments like the UEFA Euro 2016.

He began playing youth soccer for US Bretteville in 1993.

He was named the Ligue 2 Goalkeeper of the Year for 2011.

His father's name is Philippe.

He has been teammates with Hugo Lloris on the French national team.

Benoit Costil ️️️️ Is A Member Of