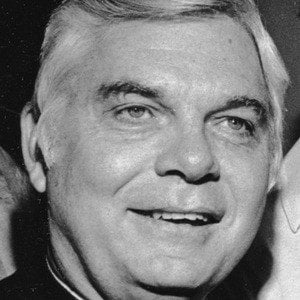 Former Archbishop of Boston who resigned in 2002 amid allegations that he covered up sexual abuse in the Church.

He received a degree in medieval history from Harvard University.

His father was a US Army pilot during World War I who moved to Mexico after the war to run an airline.

He was appointed Archpriest of the Basilica di Santa Maria maggiore in Rome in 2004 by Pope John Paul II.

Bernard Francis Law Is A Member Of