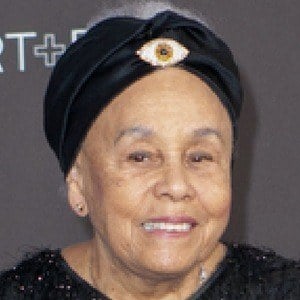 Assemblage artist who was best known for her controversial 1972 work "The Liberation of Aunt Jemima." A prominent figure in the black arts movement of the 1970s.

She studied design at the University of California-Los Angeles in the late 1940s. Her graduate studies took place at Pasadena City College, California State University, Long Beach, from 1958 until 1962.

She received The Visual Artists Award from The Flintridge Foundation in 1997.

She was inspired by the work of Joseph Cornell.

Betye Saar Is A Member Of