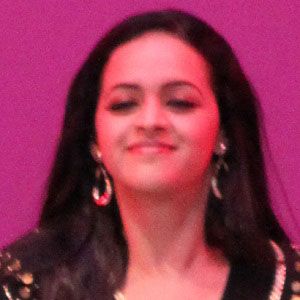 Indian actress best known for her acclaimed performance in the 2002 Malayalam movie Nammal. She also received Asia Net and Kerala State Film Awards for her role as Sameera in the 2005 movie Daivanamathil. She later won a Filmfare Best Actress Award for her performance in her first Tamil film, Chithiram Pesuthadi.

Before appearing in her first film at the age of sixteen, she attended the Holy Family Girls' High School in Chembukkavu, India.

Born Karthika Menon, she grew up in Kerala, India, as the only daughter of filmmaker G. Balachandran.

She and Puneeth Rajkumar co-starred in the hit 2010 Kannada movie Jackie.

Bhavana Is A Member Of