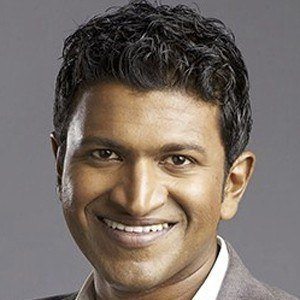 Indian actor and singer who appeared in such Kannada films as Appu, Namma Basava, and Arasu. His performance in the 1985 movie, Bettada Hoovu, earned him a 1986 National Film Award for Best Child Artist.

He appeared in Premada Kanike when he was six months old.

He and his two older brothers, Shiva Rajkumar and Raghavendra Rajkumar, all followed in the footsteps of their father, Rajkumar, and became film actors. In 1999 he married Ashwini Revanath and together they have two daughters.

He and actor/director Upendra both became known for their work on Indian Kannada films.

Puneeth Rajkumar Is A Member Of