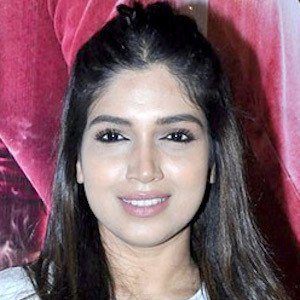 After attending Arya Vidya Mandir, she spent more than half a decade working as a casting director.

Her role of Sandhya Varma required her to put on more than 10 kilograms. Her weight gain, and subsequent weight loss, garnered significant media attention.

She's of Maharashtrian and Haryanvi descent.

She and Ayushmann Kurrana both starred in Dum Laga Ke Haisha.

Bhumi Pednekar Is A Member Of