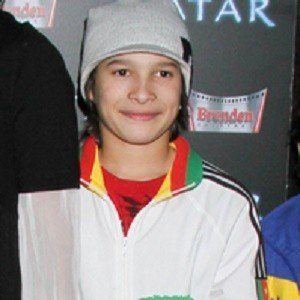 Model who became known as the grandson of the late boxing legend Muhammad Ali. He has signed with Wilhelmina Models, which is one of the world's largest talent management agencies.

He was one of the top running backs in the country and played at Bishop Gorman High School in Las Vegas.

He received over a dozen scholarships from colleges all over the country trying to recruit him for football.

His mother is Rasheda Ali Walsh, who was the daughter of Muhammad Ali and his second wife Belinda Boyd.

He and Laila Ali are both grandkids of Muhammad Ali who have inherited his athletic abilities.

Biaggio Ali Walsh Is A Member Of