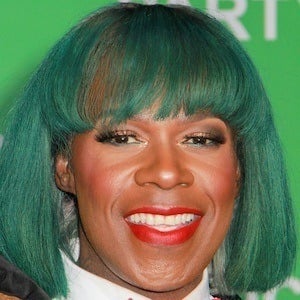 Born Freddie Ross, she is a musician known for her work in bounce music, a sub-genre of hip hop. Freedia was nominated for a 2011 GLAAD Media Award and received her own show on Fuse called Big Freedia: Queen of Bounce.

Freedia took piano and sang in choir as a child. She used to perform as a backup dancer and singer for Katey Red shows.

She was born and raised in New Orleans, LA alongside her brother Adam and her sister Crystal.

She was featured on a couple of RuPaul tracks called "Peanut Butter" and "Freaky Money."

Big Freedia Is A Member Of