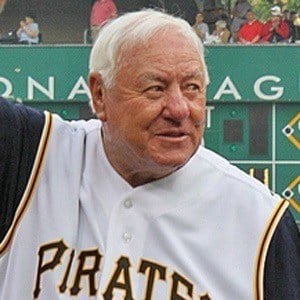 Hall of Fame second baseman for the Pittsburgh Pirates; led the team to World Series titles in 1960 and 1971.

He was a two-sport star at Warren Consolidated High School.

He hit one of the most historic home runs in MLB history, a walk-off home run in Game 7 of the 1960 World Series, lifting the Pittsburgh Pirates over the New York Yankees.

He had two children with his wife Milene, whom he married in 1958.

He was teammates with Roberto Clemente on the 1960 Pirates.

Bill Mazeroski Is A Member Of