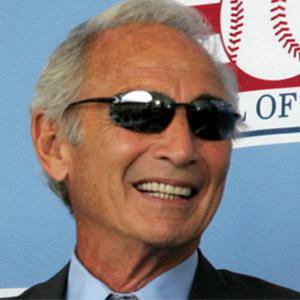 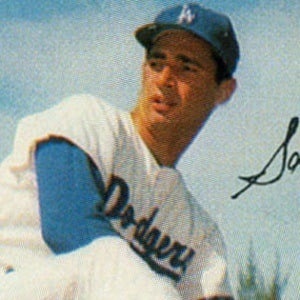 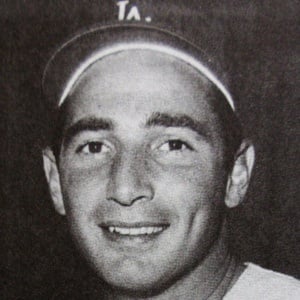 Legendary Dodgers left-hander who pitched a perfect game on September 9th, 1965 and became the first MLB pitcher to throw 4 career no-hitters. He won 4 World Series Championships, 3 Cy Young Awards, 3 Triple Crown Awards and the 1963 NL MVP Award during his 12 years with the Dodgers, from 1955 to 1966.

He walked on to the freshman basketball team at the University of Cincinnati and also starred for the school's baseball team.

He refused to pitch in Game 1 of the 1965 World Series because the game fell on the Jewish holiday of Yom Kippur.

He was raised by his mother Evelyn and his step father Irving Koufax. He married twice, first to Anne Koufax and then to Kimberly Francis.

He and Nolan Ryan became the first two pitchers inducted into the Baseball Hall of Fame to have recorded more career strikeouts than innings pitched.

Sandy Koufax Is A Member Of