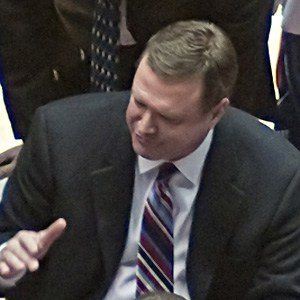 College basketball coach who led Kansas University to an NCAA Championship in 2012.

He married Cindy Self in 1989. He has a son named Tyler and a daughter named Lauren.

He became the coach of freshman sensation Andrew Wiggins at Kansas in 2013.

Bill Self Is A Member Of