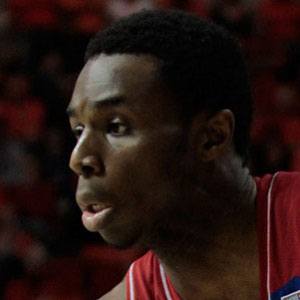 Guard/forward who was selected first overall in the 2014 NBA Draft by the Cleveland Cavaliers, then traded to the Minnesota Timberwolves in a deal that sent All-Star forward Kevin Love to Cleveland. He was named the NBA Rookie of the Year with the Timberwolves in 2015. He was traded to the Golden State Warriors during the 2019-2020 NBA season and he won his first NBA title as a member of the Warriors in 2022.

He played two years of high school basketball in Canada before moving to West Virginia to finish off his high school career in the United States.

He was named the 2013 Naismith Prep Player of the Year and played NCAA basketball for the University of Kansas Jayhawks during the 2013-14 season.

He played alongside 2013 first overall pick Anthony Bennett at the 2010 FIBA Under-17 World Championship games. He and Bennett then became teammates again on the Cavaliers and Timberwolves.

Andrew Wiggins Is A Member Of