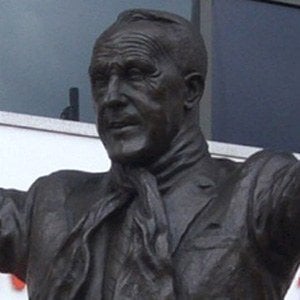 15-year manager of Liverpool F.C. who won the Manager of the Year award in 1973; inaugural inductee of both the English and Scottish Football Hall of Fames.

He entered the youth system of Cronberry Eglinton in 1931.

He made nearly 300 appearances for Preston North End during his 16 seasons with the club.

Four of his brothers also went on to play professional soccer.

He and Bobby Charlton were two of the first inductees into the English Football Hall of Fame.

Bill Shankly Is A Member Of