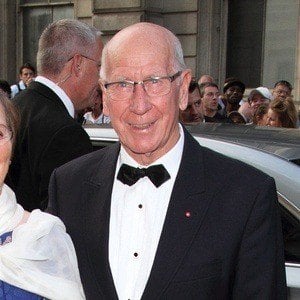 English soccer legend who spent 17 years with Manchester United and 12 years with England's national team in a career that spanned from 1956 to 1976. He led England to a World Cup Championship in 1966 while winning the 1966 Golden Ball award and retired with the most career goals for both England (49) and Manchester United (249).

He signed with Manchester United's youth squad at the age of 15.

He married Norma Ball in 1961 and has children named Suzanne and Andrea.

He was the record holder for most national game appearances for England until David Beckham surpassed him.

Bobby Charlton Is A Member Of