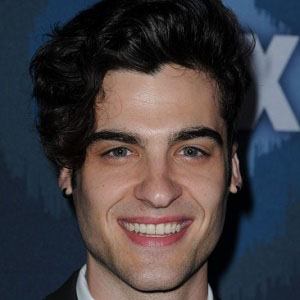 Singer and songwriter who guest-starred on the final season of Glee as cheerleader Mason McCarthy. He put a debut EP in 2014.

He made appearances in regional theater productions of The Who's Tommy and Spring Awakening.

He was featured in national touring productions of Hair and Queens' We Will Rock You.

He was born and raised in New York City. He frequently posts photos on Instagram with his girlfriend.

He sang Paul McCartney's "Maybe I'm Amazed" in his audition for Glee.

Billy Lewis Jr Is A Member Of