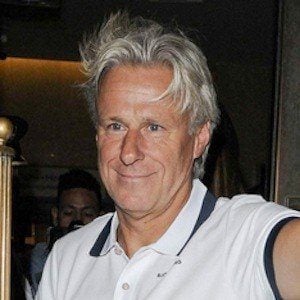 Swedish tennis ace who won Wimbledon five years in a row from 1976 to 1980. He also won the French Open six times in his career, which was a record before Rafael Nadal won his seventh in 2012.

He beat experienced pro Onny Parun in his first Davis Cup match at the age of 15.

He became the first male tennis player to win over 10 grand slam titles in the Open era.

After holding the record for most career grand slam titles, his 11 titles were surpassed by such tennis greats as Rafael Nadal, Pete Sampras and Roger Federer.

Bjorn Borg Is A Member Of