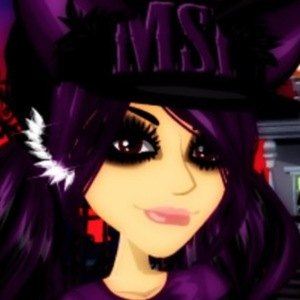 YouTube gamer who is widely known for her BlackKnight777 channel's content. She has garnered renown for being a chief hacker hunter on the UK server for the game MovieStarPlanet (MSP) and for her playthrough videos posted to her channel.

She has amassed more than 60,000 subscribers to her YouTube channel since its beginning. One of her most popular videos there, "Beware 2016 MSP!," has earned more than 175,000 views. In just a little over three years of existence, her YouTube channel had grown to over 12,000 subscribers, with her videos hitting over 1 million total views in that time.

She was born and raised in England. She has a brother.

She and fellow YouTube gamer LonePanthera are both known for their MovieStarPlanet playthroughs and Let's Plays.

BlackKnight777 Is A Member Of