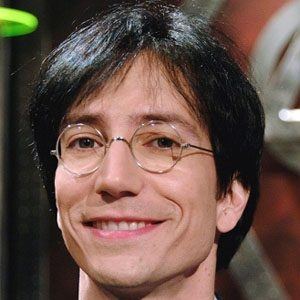 MADtv writer and comedian who wrote for the series Beat the Geeks.

Born in Pennsylvania, he found himself doing standup comedy after college in Baltimore, Maryland.

He has written for many popular comedians and comedy shows such as The Martin ShortShow, The Jamie Kennedy Experiment, and Mind of Mencia.

His father ran a barbershop while he was growing up.

He used his comedic talents to write for The Martin Short Show.

Blaine Capatch Is A Member Of