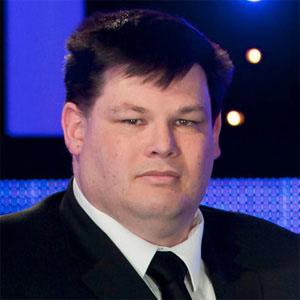 British television personality who appeared on Mastermind and gained fame as a Chaser on the game show The Chase.

He was raised in Cardiff, United Kingdom and attended the University of Oxford.

He appeared on the game show Mastermind in 1999, where he specialized in trivia about the Olympic Games.

He has younger brothers named Paul and Philip. He married Katie Labbett in 2014.

Brooke Burns hosted the U.S. version of The Chase, a game show in which contestants challenge a quiz show master known as the Chaser.

Mark Labbett Is A Member Of