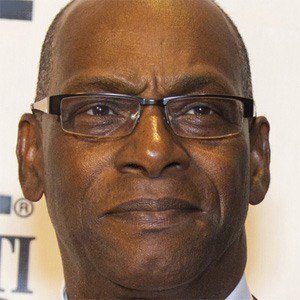 Long-jumper who won a gold medal at the 1968 Olympics in Mexico City.

He was on the track and field team at the University of Texas at El Paso, where he was suspended after refusing to compete against BYU due to what he believed were racist policies.

At the 1968 Olympics he set a world record that would stand for more than 22 years.

He was born in South Jamaica, Queens, and raised by his grandmother.

His jump was documented in the book "The Perfect Jump" by Dick Schaap.

Bob Beamon Is A Member Of