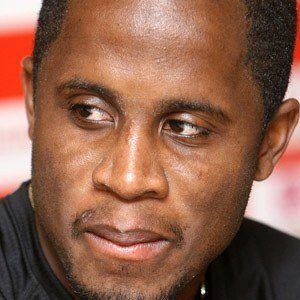 Olympic gold medal-winner and four time world champion in the long jump, he also competed in the 100-meter dash.

A standout sprinter, he enrolled at the University of Kentucky to focus on the triple jump, and then the long jump at Arizona State.

Ranked the top long jumper in the world coming into the 2004 Olympics in Athens, his 8.59 meter jump was the best by 12cm, and the fourth-longest in Olympics history.

He grew up in Decatur, Georgia.

Dwight Phillips Is A Member Of