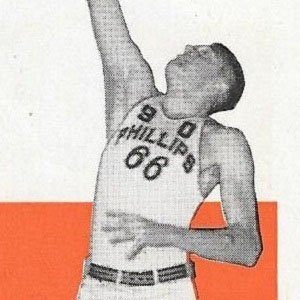 Olympic gold-medal-winning 7'1" center who was inducted into the Naismith Memorial Basketball Hall of Fame in 1961.

He won back-to-back national championships with the Oklahoma A&M Aggies in 1945 and 1946.

He liked to grab opponent's shots out of mid-air above the basket, which made the NCAA pass a goaltending rule against it.

He had four children with his wife Barbara.

He had a rivalry with fellow big man George Mikan.

Bob Kurland Is A Member Of