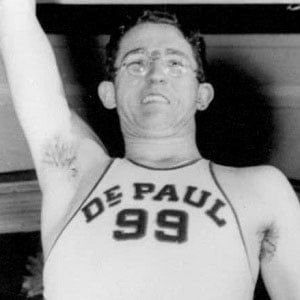 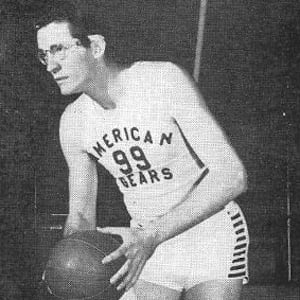 5-time scoring champion of the NBL and NBA who was so tall and dominant that rules had to be changed because of him; won 7 Championships between the BAA, NBL and NBA and was the 1948 NBL MVP; played for the Chicago American Gears and the Minneapolis Lakers.

He was bedridden for over a year and a half after shattering his knee as a child.

He is considered by many to be the first ever legend in the game of basketball.

He had six children with his wife Patricia, who he remained married to until his death.

He appears in the same conversations about big men as Celtics legend Bill Russell.

George Mikan Is A Member Of