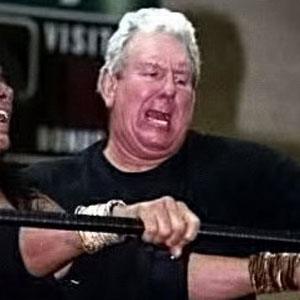 "Cowboy" Bob Orton was the winner of over 25 wrestling championships and became a member of the 2005 WWE Hall of Fame.

He used to be a henchman for professional wrestler Roddy Piper.

His father, Bob Sr., and his son, Randy, were also professional wrestlers. After injuring his arm in the mid-1980's, it was put in a cast, which Bob then used as a weapon in the ring, well after the injury healed.

He married Elaine Orton, with whom he fathered two sons and a daughter.

He was in the corner in 1985 while Roddy Piper and Paul Orndorff faced off against Mr. T and Hulk Hogan.

Bob Orton Jr. Is A Member Of