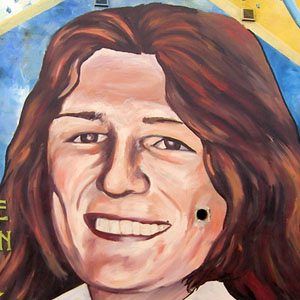 Irish Republican Army revolutionary whose death at age 27 in the HM Prison Maze caused a surge of IRA activity and recruitment.

He joined the IRA in 1972, and was soon afterwards arrested for possessing four handguns. After being convicted, he served three years of a five-year sentence.

He died of self-inflicted starvation on day 66 of his hunger strike, which he led to remove Special Category Status from IRA prisoners.

He married Geraldine Noade in 1972. He had a child named Gerald Sands and a sister named Bernadette Sands McKevitt.

Nelson Mandela, who was influenced by Sands, carried out a hunger strike while on Robben Island.

Bobby Sands Is A Member Of