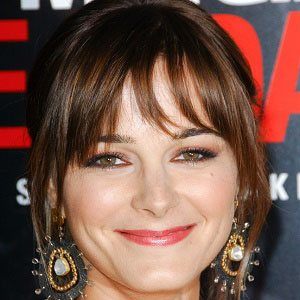 After attending Sydney, Australia's McDonald College, she earned a bachelor's degree in drama from the National Institute of Dramatic Art (NIDA). Early in her career, she appeared in episodes of Heartbreak High, Big Sky, and All Saints.

A stage performer as well as a screen actress, she appeared in productions at the Sydney and Melbourne Theatre Companies and founded a performance troupe called the Ride On Theatre.

She was born in her family's native Belgrade, Serbia and raised primarily in Australia. Her sister Valentina also had a successful acting career, most notably portraying Natasha Williams on the soap opera Neighbours.

She and Frank Grillo were cast opposite each other in the 2015 science fiction feature Beyond Skyline.

Bojana Novakovic Is A Member Of

I, Tonya
Drag Me To Hell
41 Year Olds
Movie Actresses