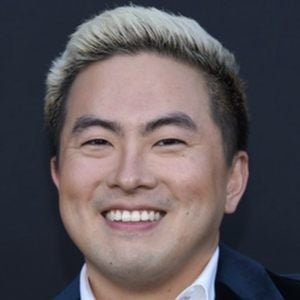 Actor and comedian who became the first Chinese-American and third openly gay cast member of Saturday Night Live upon his hiring in 2019 ahead of its 45th season. He was previously a writer in 2018 for the show and has gained popularity for his Las Culturistas comedy-pop culture podcast. He has amassed over 40 acting credits outside of SNL.

He graduated from NYU with his degree in microbiology. He continued doing improv comedy throughout his time at college.

His parents met in China and later moved to Brisbane, Australia, where he and his sister were born. He was raised in Denver, Colorado.

He has portrayed Andrew Yang on Saturday Night Live in 2019.

Bowen Yang Is A Member Of