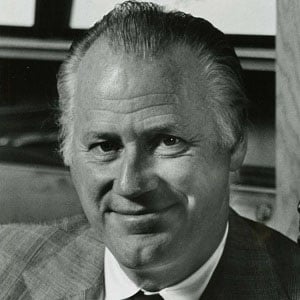 Late lawyer most famous for having served as the fifth Commissioner of Major League Baseball from 1969 to 1984. Before taking up his position as Commissioner, he was a legal adviser for MLB for nearly two decades.

He was raised in Washington, D.C. and attended the V-12 Navy College Training Program before graduating from the University of Virginia in 1950.

He was elected as the Chairman of the Catholic Advisory Board of the Ave Maria Mutual Funds following his retirement as MLB Commissioner.

He was survived by his wife Luisa and two children.

He and Bud Selig have both served as the Commissioner of Major League Baseball.

Bowie Kuhn Is A Member Of