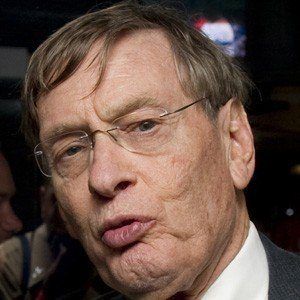 MLB commissioner from 1992 who introduced the Wild Card and Interleague Play.

He served in the U.S. Army for two years before leaving to assist his father in the family's car leasing business.

He was the MLB commissioner during the steroid era, which tarnished the record books forever.

His parents were Ben and Marie Selig. He married Suzanne Lappin in 1977 and he has three daughters, Wendy, Lisa and Sari.

He has been criticized for his steroid use by Barry Bonds.

Bud Selig Is A Member Of