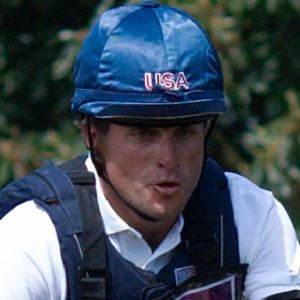 Equestian best known for competing in the 2012 Summer Olympics in London, England. He was sponsored by a number of companies including Ariat and Purina.

Before pursuing his equestrian career in the US, he trained at Heath and Rozzie Ryan’s Newcastle Equestrian Centre.

Charismatic beyond his athletic career, he is a host on the Eventing Radio Show and has appeared in publications like the New York Times and Sports Illustrated.

His parents, Toy Dorgan and Ross Martin, met at the 1968 Winter Olympics. He and his sister Brooke were raised in New South Wales, Australia. His wife Silva Stigler is also a competitive equestrian.

He began his career in the US by working as an assistant to Phillip Dutton.

Boyd Martin Is A Member Of