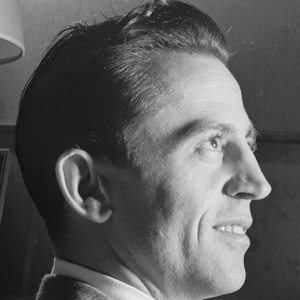 Considered one of the most underrated saxophonists and jazz bandleaders in the 1940s because his bands kept having issues with their record labels.

He was born in Faith, South Dakota and moved to Chicago.

Columbia Records convinced Raeburn to record for them, but his commercial sensibilities conflicted with their interests at the time.

He married Lorraine V. Anderson and they raised a daughter and two sons.

Raeburn hired Roy Eldridge to be in his band while they were performing in New York because Eldridge was so interested in their sound.

Boyd Raeburn Is A Member Of