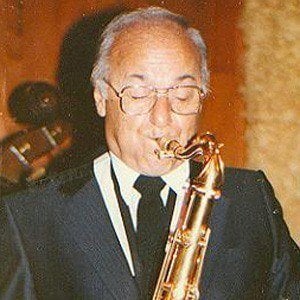 Member of Jazz at the Philharmonic from 1946 to 1957. He has played jazz tenor saxophone and clarinet.

He performed with the Woody Herman band in the 1940s and the spinoff band, the Woodchoppers.

He retired for fifteen years in Florida but went back to recording music while in his eighties.

He was born and raised in Brooklyn.

He recorded for Verve with many different artists, including Ray Brown.

Flip Phillips Is A Member Of