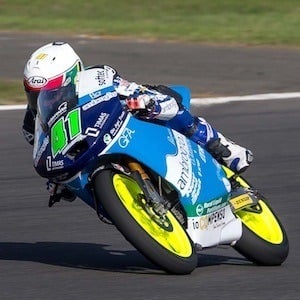 Grand Prix motorcycle racer who is recognized for competing in both the Moto2 and Moto3 divisions of the sport. In 2016, he was the winner of the Moto3 World Championship.

He began his Grand Prix career in 2011 competing in the 125cc class.

He was a member of the Finnish racing team Ajo Motorsport.

He is the son of Trevor Binder and Sharon Binder. He has a brother named Darryn Binder who is also a professional motorcycle racer.

He and Marc Márquez were both members of Ajo Motorsport.

Brad Binder Is A Member Of