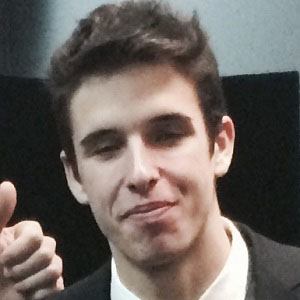 Spanish Grand Prix motorcycle racer who burst onto the international stage by winning the 2014 Moto3 World Championship. He previously won the Spanish Moto3 Championship in 2012.

He was born in Cervera, Spain and began racing in Moto3 on a Suter-Honda in 2012.

When he won the Moto3 World Championship, he and his brother became the first pair of siblings ever to win world motorcycle racing championships.

His Instagram page features a photo of him and tennis star Rafael Nadal posing together.

Álex Márquez Is A Member Of