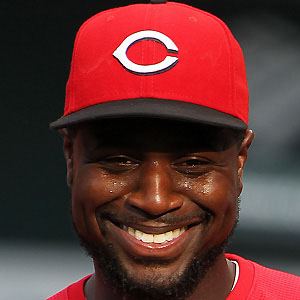 MLB Second Baseman who was named to back-to-back National League All-Star teams in 2010 and 2011 while playing for the Cincinnati Reds. In 2015 he was named a finalist for the Gold Glove award.

His Redan High School jersey was retired after he graduated.

He was traded from the Cleveland Indians to the Cincinnati Reds in 2006. A year later he became one of three players in the league to hit at least 30 home runs and steal at least 30 bases.

Philips has a daughter with his partner, fitness model and professional wrestler Jade Cargill. His sister Porsha Phillips became an WNBA player and his brother PJ Phillips also became a professional baseball player.

He was joined by All-Star first baseman Joey Votto on the Cincinnati Reds in 2007.

Brandon Phillips Is A Member Of