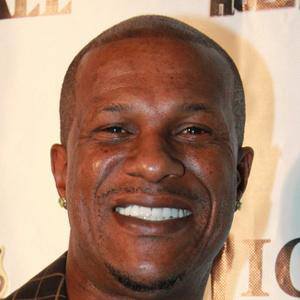 Cincinnati Reds outfielder who was one of the best five-tool players of his era. He was named to 2 All-Star games and he helped lead the Reds to a World Series Championship in 1990.

He hit a home run in his first career World Series at-bat in 1990.

He had two children with his wife Sherrie.

In his autobiography he praised fellow Reds great Pete Rose for having faith in him.

Eric Davis Is A Member Of