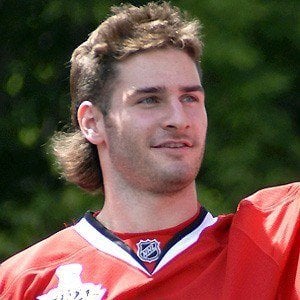 Speedy American left winger who debuted for the Chicago Blackhawks in 2011 and was selected to the All-Rookie Team in 2012. He helped the Blackhawks win Stanley Cup Championships in 2013 and 2015. He was traded to the Columbus Blue Jackets prior to the 2015-16 season.

He played for the Mahoning Valley Phantoms in the NAHL.

His older brother George has played hockey at Penn State.

He played alongside star winger Patrick Kane on the Blackhawks.

Brandon Saad Is A Member Of