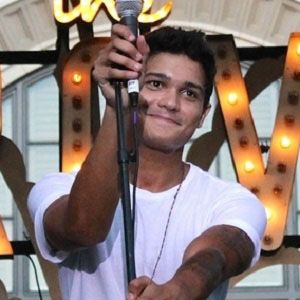 Singer best known for being discovered by songwriter Kara DioGuardi. Soon after, he released his first song, "Kiss You Inside Out," in 2012.

He was heavily influenced by his father O'Bryan who was a singer and songwriter who penned "Soul Train's A Coming" for Soul Train. He studied musical theater at the NYU Tisch School for the Arts before quitting to pursue his music more seriously.

He was nominated for Single of the Year with "Kiss You Inside Out" at the Juno Awards in 2012.

He was born in Boca Raton, Florida, but moved to a number of cities before settling in St. Louis with his family and six siblings.

His first hit as a songwriter was "First Flight Home," performed by Jake Miller.

Brandyn Burnette Is A Member Of