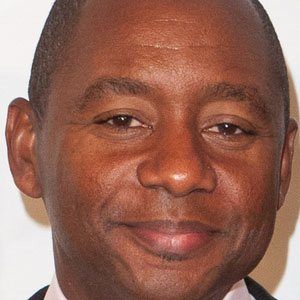 Jazz saxophonist who led the eponymous Branford Marsalis Quartet and Buckshot LeFonque. He has appeared on more than twenty albums as bandleader, including the Mo' Better Blues soundtrack.

He toured Europe with Art Blakey during his time at the Berklee College of Music.

He worked on The Dream of the Blue Turtles, Sting's first solo project.

He was born into a musical family: his mother, Dolores, was a pianist and his father, Ellis Louis Marsalis, Jr., was a music professor and jazz musician. His brothers, Jason, Wynton, Ellis III, and Delfeayo, were also well-known jazz musicians.

He was the bandleader of The Tonight Show with Jay Leno from 1992 until 1995.

Branford Marsalis Is A Member Of