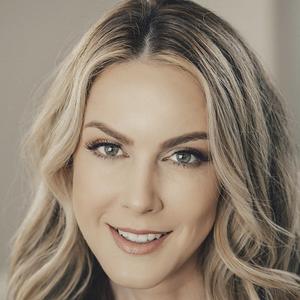 Wife of Dallon Weekes since March of 2006 who is an actress, model and manager.

In 2000, she was featured in a commercial for Bell South, and appeared in music videos for Limp Bizkit and Sonique.

She was a stand-in and/or photo double for the films Bedazzled, Bounce, Pearl Harbor and Lucky You.

Her maiden name is Douglas. She and Dallon have children named Amelie and Knox who were named after characters from the French film Amélie and the American film Dead Poet's Society, respectively.

She was a stand-in and photo double for Kate Beckinsale for the film Pearl Harbor.

Breezy Weekes Is A Member Of