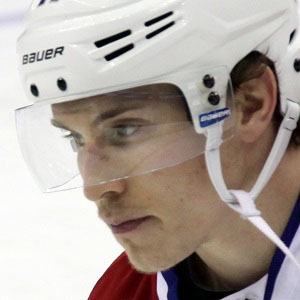 Canadian NHL right winger who was drafted 147th overall by the Montreal Canadiens in 2010. He made his NHL debut with the team in 2012.

He played for the Vancouver Giants in the Western Hockey League.

He was raised by Ian Gallagher, an NHL strength and condition coach. He has two sisters, Bree and Erin, and a brother named Nolan.

He became teammates with Alex Galchenyuk on the Montreal Candiens in 2012.

Brendan Gallagher Is A Member Of