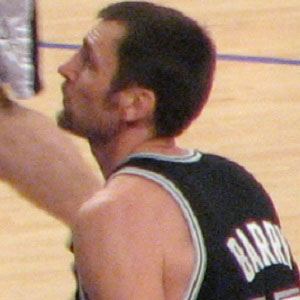 NBA guard who played for the Clippers, Bulls, SuperSonics, Spurs and Rockets before becoming the host of NBA Gametime.

He was drafted 15th overall by the Denver Nuggets in 1995, after playing college basketball for Oregon State University.

He married Erin Barry in 1998; the couple had two sons before divorcing in 2011.

He won two NBA Championships with Tim Duncan while playing for the San Antonio Spurs.

Brent Barry Is A Member Of