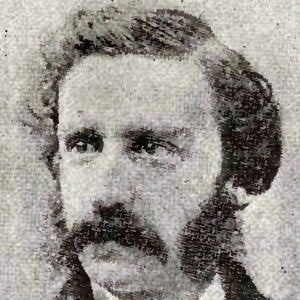 Nineteenth-century author and poet who wrote "The Luck of Roaring Camp" and other California pioneer-themed works. His literary works inspired several films and an opera.

His satirical poem, "Autumn Musings," was published when he was just eleven years old and brought his family much shame.

He moved from New York to California when he was seventeen years old and worked as a teacher, journalist, and miner.

He was married to Anna Griswold for almost forty years, though the couple had a tumultuous marriage and lived together for just sixteen of those years.

He composed his poetic masterpiece, "Dickens in Camp," on the occasion of the death of author Charles Dickens.

Bret Harte Is A Member Of