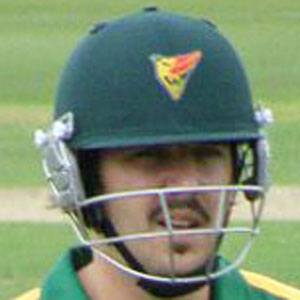 Bowler who is best known for his days with Tasmania's national team from 2008-2009.

He made his professional debut in 2002 for Tasmania.

Due to injuries, he had to retire in 2011, but he stayed connected to cricket as a commentator and journalist.

He was born in Claremont, Tasmania, Australia.

Playing alongside captain Tim Paine, he helped lead Tasmania to the 2007-2008 Ford Ranger One Day Cup.

Brett Geeves Is A Member Of