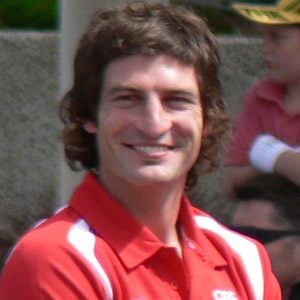 Australian rules football player known as Captain Kirk; played for the Sydney Swans from 1999 to 2010, and scored 84 goals in 241 games.

He was a star at the respected North Albury Football Club, before he being drafted by Sydney.

He raised five children with his wife Haley Kirk.

In 2008 he was allowed a meeting with the Dalai Lama, at which point he offered a Swans jersey as a gift.

Brett Kirk Is A Member Of