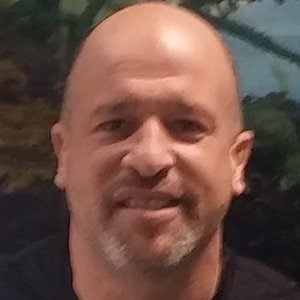 Reality television star of Animal Planet's Tanked. He is the COO of Acrylic Tank Manufacturing.

He played tennis and football and was also on the swimming team in high school.

He has a very loud personality and is sometimes overly ambitious and confident on jobs, but he firmly believes that whatever a client dreams up, Acrylic Tank Manufacturing can build it.

He has two children, Kayla and Bryce. He has been dating his girlfriend Trisha since 2011. He and his brother-in-law Wayde King run Las Vegas's premiere fish tank building company.

One of the biggest clients he got for Acrylic Tank Manufacturing was the commission tank for David Hasselhoff, who appeared on Animal Planet's show.

Brett Raymer Is A Member Of