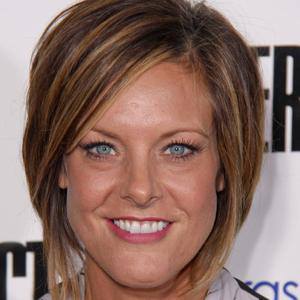 Mother of Brooke and Paige Hyland. She can be seen supporting her daughters on episodes of the Lifetime series Dance Moms.

She started dancing at Maryen Miller's dance studio when she was two and became one of Abby Lee Miller's original ALDC dancers when she was eight, but she left at fourteen to become a cheerleader.

She was known for giving her children more freedom than the other Dance Moms.

She and her husband, Randy, have three children together: Brooke, Josh, and Paige.

She and fellow mother Holly Frazier have both appeared on Lifetime's Dance Moms.

Kelly Hyland Is A Member Of