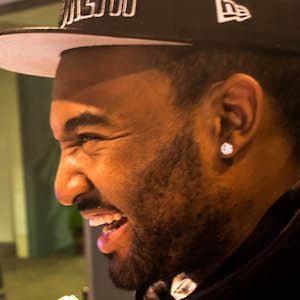 He was a varsity football player at DeMatha Catholic High School before playing D-III college ball at Salisbury University where he was also a musician. Additionally, he was the Program Director of the school's radio station.

He took a side step early in his career in developing a full media output. He featured in an independent film called Matters of the Heart. He had a previous stage name of Giovanni Zeus.

His mother Cassandra Alexander worked as a CFO of DC. He has a brother named Justin.

His father James Alexander worked on the administration of President Bill Clinton.

Brian James Is A Member Of