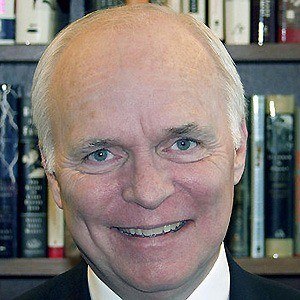 Founder and CEO of the C-SPAN television networks, which dealt with public affairs and government-oriented programming.

He served four years in the United States Navy, where he became a Lieutenant.

He married his wife Victoria in September 2005.

He was the White House social aide under President Lyndon B. Johnson.

Brian Lamb Is A Member Of