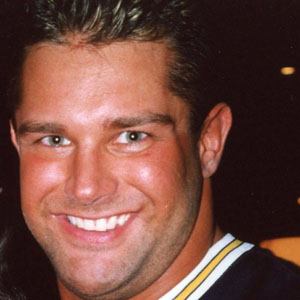 Wrestler who became known as Grand Master Sexay in the WWE and one-half of the tag team Too Cool with Scotty 2 Hotty.

He began in a masked tag team called "The Twilight Zone."

He was a fan favorite at the United States Wrestling Association, starting feuds with everyone, even his own father.

His father Jerry Lawler was a legendary wrestler who later became a commentator. His brother is wrestling referee Kevin Christian.

He was partnered with Eddie Gilbert at one point.

Brian Lawler Is A Member Of